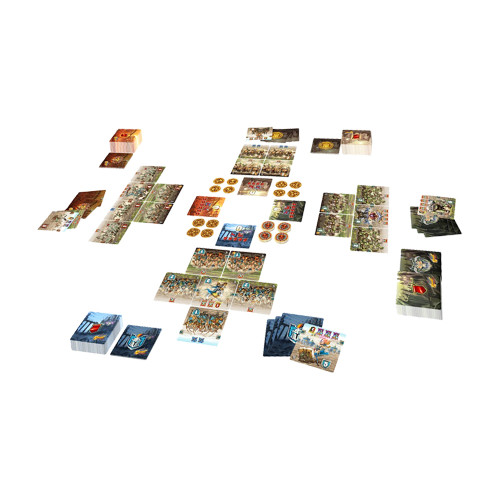 Kharnage is a card game of frenzied battles and unforgiving fantasy warfare for two to four players. Each round, you and your opponents bring new forces to the battlefield, then use those forces to beat the living daylights out of your enemies. With four unique factions - Dwarves, Goblins, Humans, and Orcs - featuring four different playstyles, every game of Kharnage feels completely different. And no matter which faction you play, your goal is the same: to cause more damage and wreak more havoc than any other player!

We are closed on Mondays, and ship Tuesday - Saturday. We also offer FREE LOCAL PICKUP!

Thanks for looking, and have a great day!

Game And A Curry