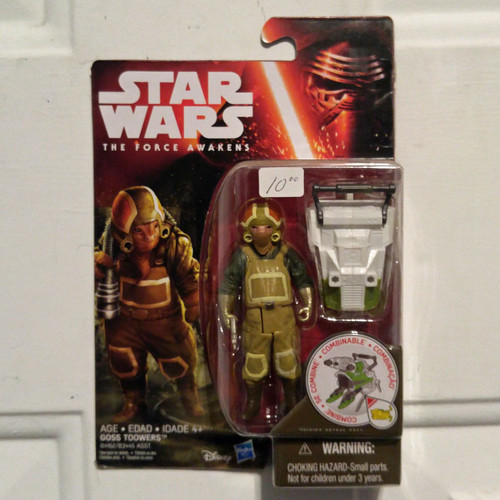 Goss Toowers is part of the tireless technical crew that provides mechanical support to The Resistance's fleet of Starfighters. The Goss Toowers action figure, based on his appearance in The Force Awakens, is a sculpt and character debut.

Combine Goss Toowers’ blaster with the weapons from the Kylo Ren and PZ-4C0 packs (not included) to build an ultimate weapon of galactic power.