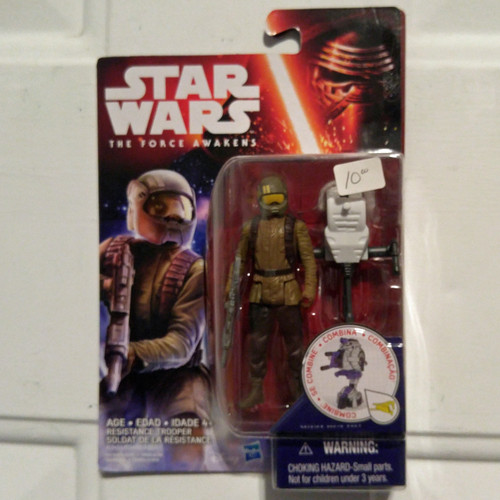 Soldiers of the Resistance are well trained and well equipped, but must rely on hit and run tactics when faced with the overwhelming might of the First Order. The Resistance Trooper action figure, based on his appearance in The Force Awakens, is a sculpt and character debut.

Combine the Resistance Trooper’s blaster with the weapons from the Poe Dameron and First Order TIE Fighter Pilot packs (not included) to build an ultimate weapon of galactic power.