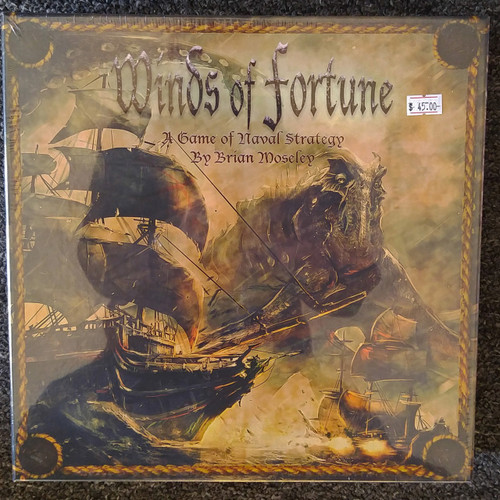 Winds of Fortune Board Game

Two players command ingenious fleets, bold captains, & fantastic monsters in an attempt to outmaneuver their opponent and destroy their flagship.

Winds of Fortune is an epic adventure of naval strategy for 2 players! Games generally last between 45-60 minutes. Players each take control of powerful fleets of awesome ships and vicious monsters in an attempt to outmaneuver their opponents’ fleet and destroy their flagship to secure victory. The game comes with 2 prebuilt faction decks as well as enough extra cards to build your own custom decks.